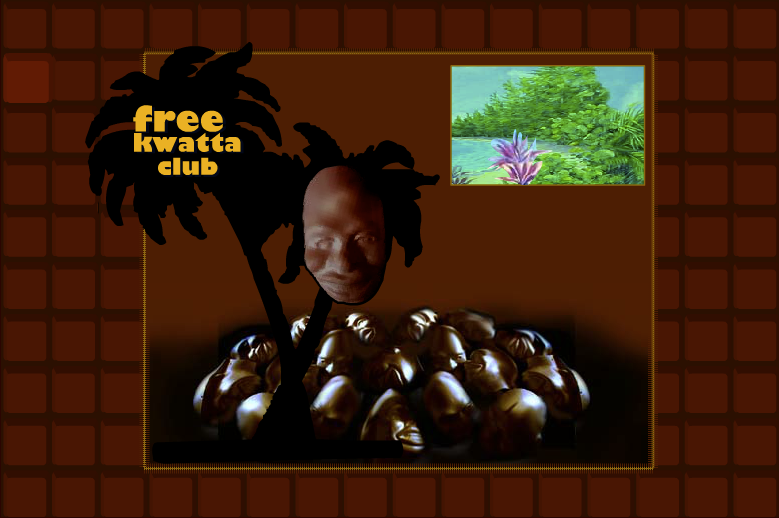 The freekwattaclub.nl was founded on the occasion of the exhibition "the memory of a city" in Breda.
Rob Moonen was asked to make a work about the former KWATTA factory, the pride of Breda. He delved into the matter and came across the fact that there is a direct link between the official abolition of slavery by the Dutch state in 1863 and the establishment of the KWATTA factory in Breda. He decided to set up the "freekwattaclub" -due to circumstances-.

The freekwattaclub aims to bring the cheerful ‘black chocolate head’ back to the people and thus to revive the concept of multicultural society, which has become worn out under recent political developments. The club also appeals to the responsibility of the Netherlands for its prominent role in the transatlantic slave trade.
This gentleman, exploited and suppressed in the past, is made of edible milk chocolate with a shelf life until the end of 2002. It is for sale for 12.50 euros (excluding 5.50 euros shipping costs). The edition is 500 pieces. There is also a limited version of white chocolate for sale with an edition of 10 for 100 euros each.
The entire proceeds of the sale will not go to a statue for Pim Fortuyn this time, but to the PAS foundation in Suriname that stimulates the community formation of Marrons and Indians outside Paramaribo. The foundation is managed by the Fraters van Tilburg.

The West India Company (WIC), a Dutch colonial organization founded in 1621, played an important role in transatlantic trade. The ships of the WIC usually made a cycle of three voyages: from the Dutch home port with exchange goods (eg rifles, butter, textiles) to Africa, from Africa with slaves to Suriname, Curaçao or Brazil and from there back to home port with the sugar and tobacco. The transportation of slaves was the most profitable journey. Suriname and six Antillean islands become in the seventeenth century under Dutch rule. Sugar cane, coffee and the slave trade must bring new wealth to the motherland. The price that Indians, Africans and Asians paid for this is high.

Thirty years after England and 15 years after France, the Netherlands finally abolished slavery on July 1, 1863.
33,621 Surinamese and 11,654 Antilleans were declared free. The plantation owners and their representatives in the Netherlands had strongly opposed the abolition of slavery. From 1848 they got the postponement. Their argument was that the colony would go down economically and that the slaves were not yet 'ready' for their independence. In the Netherlands, politicians could not use contradictions on the insignificant point of slavery overseas. They pushed 'Emancipation' again and again to the bottom of the political agenda. When the abolition finally came into effect on July 1, 1863, the slaves were presented this as a boon. The slave owners received a financial compensation of NLG 300 per slave. The released slaves received nothing, except the obligation to continue working on the plantations 'in regular pay' for another ten years. In order to fill the shortage of plantation workers, recruitment of British Indian indentured workers started in that year.
After that transitional period of 10 years of state supervision of the emancipated black slaves, slavery in Suriname came to an end in 1873.

The influential planter family Van Emden almost completely left Paramaribo and settled in Breda. In 1883 the chocolate factory "De Bont en Co." was founded. by J.van Emden and P. de Bont. In 1884 P.de Bont left the company and changed the name to "Kwatta" after the cocoa plantation of the same name that this family owned in Suriname.

Kwatta comes from Quotta and is the Surinamese designation for a small monkey that was a real pest on this plantation.
The Kwatta factory in Breda no longer exists, despite the fact that for many people KWATTA is still synonymous with chocolate.

----------------------
The Freekwattaclub was founded on July 1, 2002, exactly 139 years after the abolition of slavery. The unveiling of the slavery monument on the same day showed that the dominance of the Dutch has changed little in those 139 years.
The motto of the Freekwattaclub is: "less = more" so help the Marrons and Indians in Suriname and "eat more KWATTA".
----------------------
You can buy the heads for a cash settlement at the counter in the big church.
or mail to: info@freekwattaclub.nl
visit our showroom "(-due to circumstances-)" Nieuwe Ginnekenstr.21 4811 NM in Breda 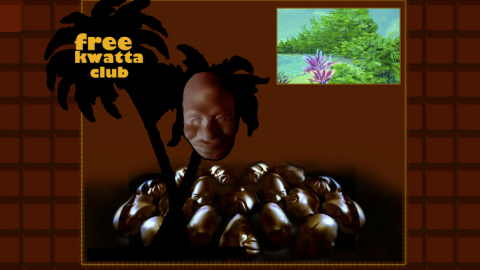 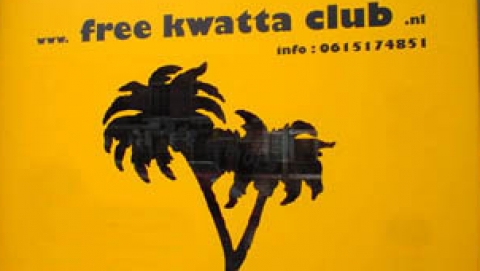 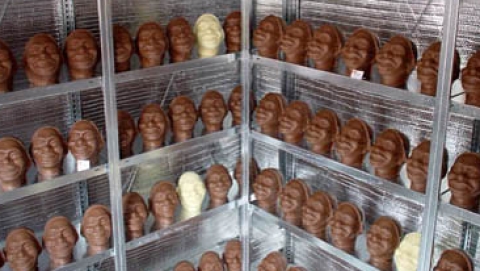 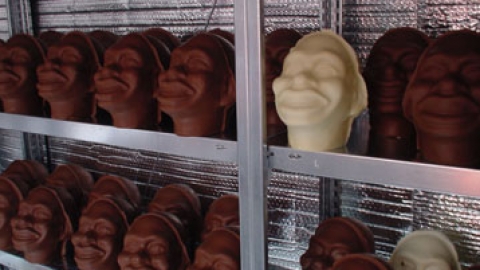 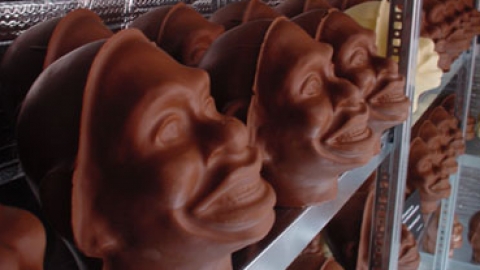 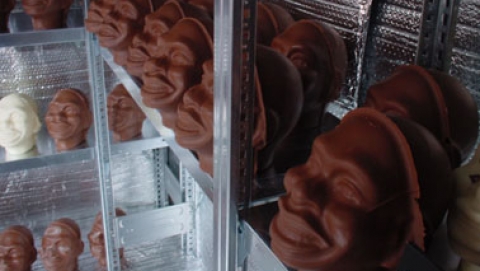 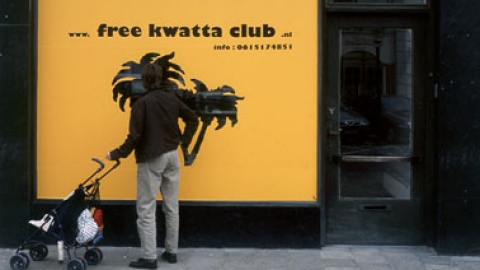