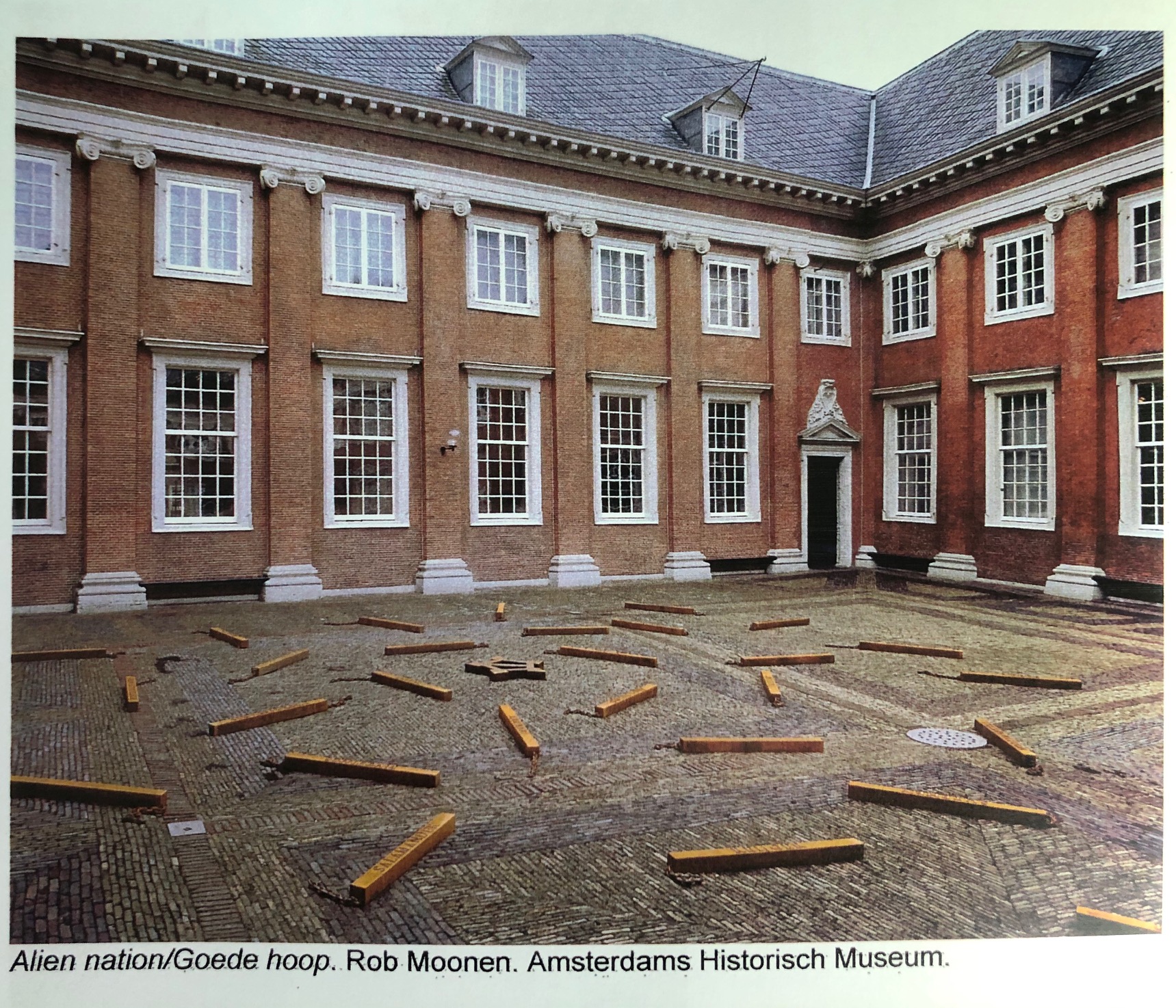 "Alien nation/ goede hoop" is a multi-media installation by Rob Moonen as a part of "Upstream" an international art event organized to commemorate the founding of the Dutch East India Company - the VOC-in 1602.
The work is situated on the court yard of the Amsterdam Historisch Museum which is a former VOC site and focusses on the confrontation of two cultures that took place in1652 after Jan van Riebeeck first set foot on the Cape of Good Hope; that of the Dutch and of the Khoi-san, the colonizers and the aboriginal people of the Cape area.

In 1652 VOC started a refreshment station at the Cape for its shipping fleet on their way to the East and on their return trips from Batavia, the present Java.
For security reasons ( wild animals, the sea, the Khoi-san and pirates) the dutch build the Castle of Good Hope.

In the court yard of the museum the confrontation of both cultures is symbolized by the confrontation of names from both cultures. The names of the first twenty ships that came to Cape town are mounted on heavy steel bars that are located around a massive steel model of the castle. Names of the oldest known Khoi-san people are read and spoken in Ñama dialect and occupie every 15 minutes the centre court, as an affirmative act of reversed -peaceful - colonization 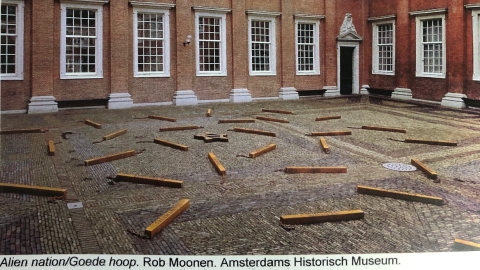 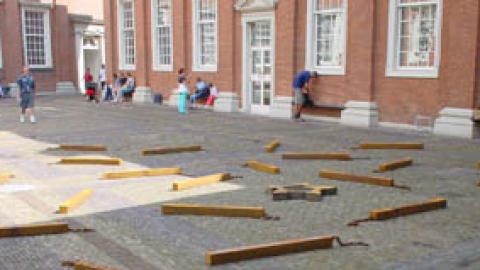 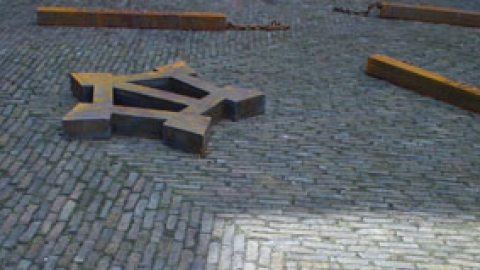 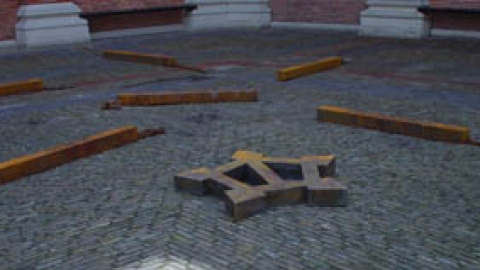 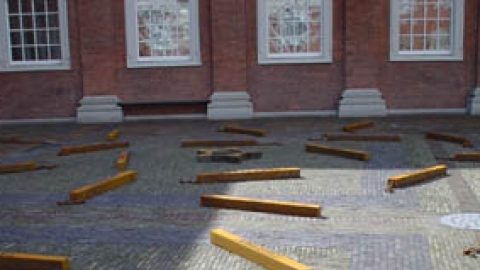 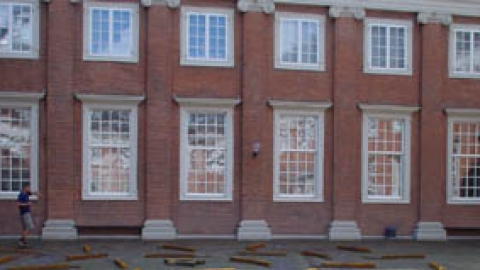 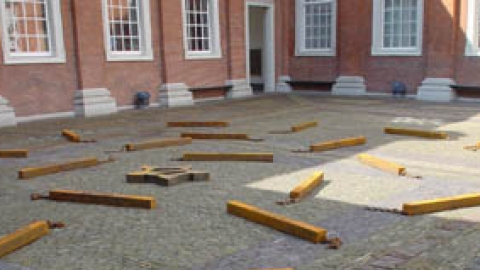